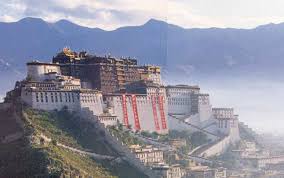 Tibet is back in the news. Hundreds of students took to the streets pushing for greater freedoms in under Chinese rule. This protest followed 18 year-old Kalsang Jinpa’s self-immolation; the teen died after his fiery protest. There have been approximately 69 self-immolations in the region since February 2009.

The goal of the protests is to draw the attention of the international community to the region and, hopefully, increase pressure on the Chinese government to relinquish control over Tibet. Given that most individuals die after engaging in this practice, one has to question the effectiveness of self-immolation as a tactic.

While I hate to diminish the individual sacrifice of those who die for their cause, I question the utility of the tactic at least in terms of mobilizing Americans. First, most Americans will never see the horrifying images that are designed to get audiences out of their armchairs and to their checkbooks, on their telephones, or out into the streets. American media is not going to show these graphic images – it is too upsetting; and the last thing commercial media want is to get people too upset to pay attention to the bill-paying advertising. Second, and almost as horrifying, many Americans are less concerned about what happens beyond U.S. borders (and frankly beyond their own lives). International pundits routinely criticize Americans for being disengaged from international politics and, worse, valuing the life of their citizens more than those of other countries. If you go abroad, folks might ask you why Americans did not get upset about the genocide in Rwanda or, more recently, why we turn a relatively blind eye to the refugees in Syria. This is not completely the fault of Americans themselves. We live in a violence-infused culture and have a government that refers to those who are inadvertently killed as collateral damage and censors certain kinds of images. Finally, and related to both of the previous points, self-immolation is not a new tactic and, consequently, not one likely to grab the attention of American media or audiences. The reason why Jinpa’s death attracted attention was, in part, a function of his age. It also mattered that his self-immolation was the fifth incident this week.

Since pessimism is not my style, I will end by saying that perhaps these actions made it possible for the students to protest without state repression. Perhaps, students can build on this momentum and launch Martin Luther King-style protests throughout the region and draw the renewed international energy needed to challenge the Chinese government position on Tibet. Since I hate to be a pessimist, I will quit writing.

I am a Professor of Sociology, a Research Associate in the Pepper Institute on Aging and Public Policy, and an Associate Dean for Faculty Development and Community Engagement in the College of Social Sciences and Public Policy at Florida State University. I research (and write about) social movements, mass media and politics. To find links to my research, visit www.DeanaRohlinger.com.
View all posts by Double take Sociology →
This entry was posted in Politics and tagged culture, mass media, News, self-immolation, social movements, Tibet, violence. Bookmark the permalink.